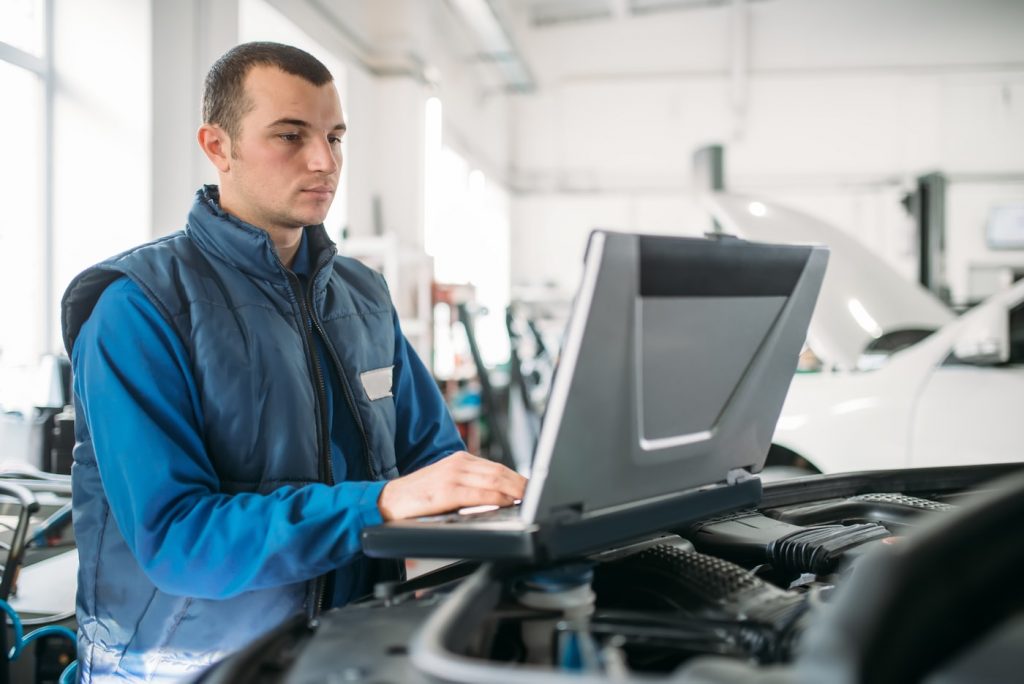 Your car’s computer is its brain! Without it, systems won’t work properly and your car won’t be able to tell you what’s wrong. Vehicles today rely on these electronic control units for nearly everything! It’s not just hybrid and electric vehicles that use computers, either. Did you know the first cars to use ECUs were made by both GM and Ford in the 1960s? Today, of course, they’re much more sophisticated and intertwined in vehicle functionality. These computers are an integral part of car design, and important to maintain.

While ECU repair is tricky, replacing it is much more expensive, running into the thousands of dollars. Keeping an eye on it earlier on can prevent you from expensive bills down the line. So how do you know when to have it checked?

One of the first indicators that an ECU problem is present is when your check engine light comes on. While we typically think of this light as a catch-all, oftentimes it’s indicative of a greater problem. Never, ever ignore a check engine light! Just because you can’t feel the problem while driving doesn’t mean you’re at risk from it.

Other signs to watch for include bad gas mileage, a change in the feel of driving, or poor engine performance. If your car is taking longer to accelerate or you notice yourself making extra trips to the gas station, it’s time to consider a computer problem. The earlier you have diagnostics done, the better chance you have at preventing expensive repairs down the line.

Oftentimes ECU problems aren’t noticed until the damage is done, but that’s no reason to wait. Our ASE certified technicians in Renton, WA, can run diagnostics for you and make sure your vehicle is safe to drive.

Give us a call or schedule an appointment!